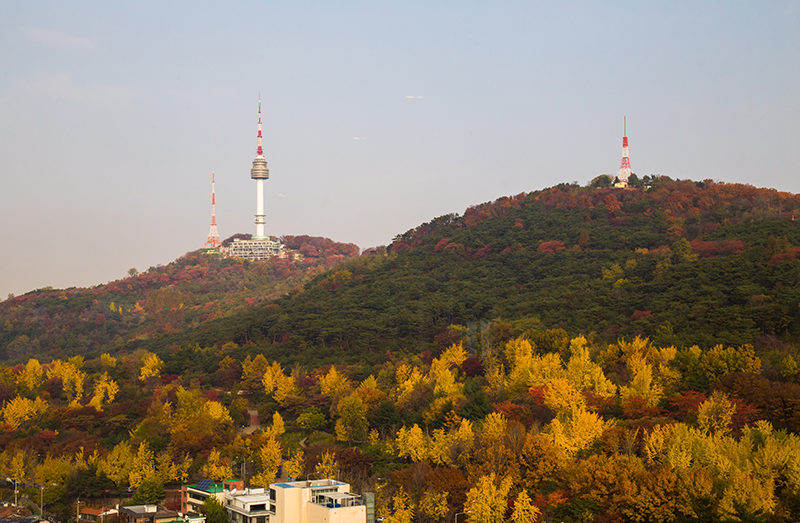 N Seoul Tower can be seen pretty much anywhere in the downtown area, and it’s actually not that difficult to get to. Close to Myeongdong, there is a tram that goes up to the cable car station. From there, you can either hike or take the cable car up the mountain. We wanted to save our legs from tiring out too early, so we took the shortcut. It’s a nice view going up – if you can see anything at all. Most of the time, there will probably be too many heads in the way.

But once you’re up there, you’ll have a pretty good view of the city below and catch some foliage on the mountain as well. The N Seoul Tower is at the summit and a bunch of locks to express your love (or help out the tourism board). You can also wait around for a brief beacon tower lighting ceremony. In a nutshell, some guards come out and light up a stone tower until it fills with smoke. We saw some tourist girls drape on super fake looking hanbok over their bodies and take a bunch of selfies, too. Otherwise, not much else to do up there. 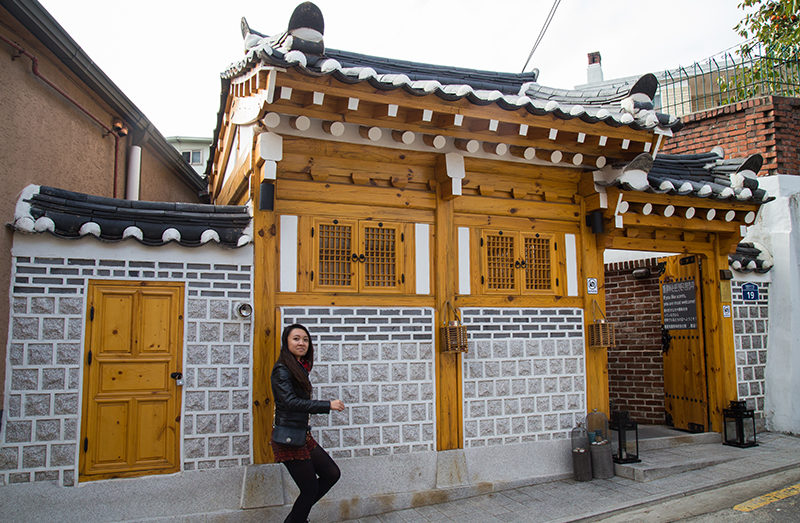 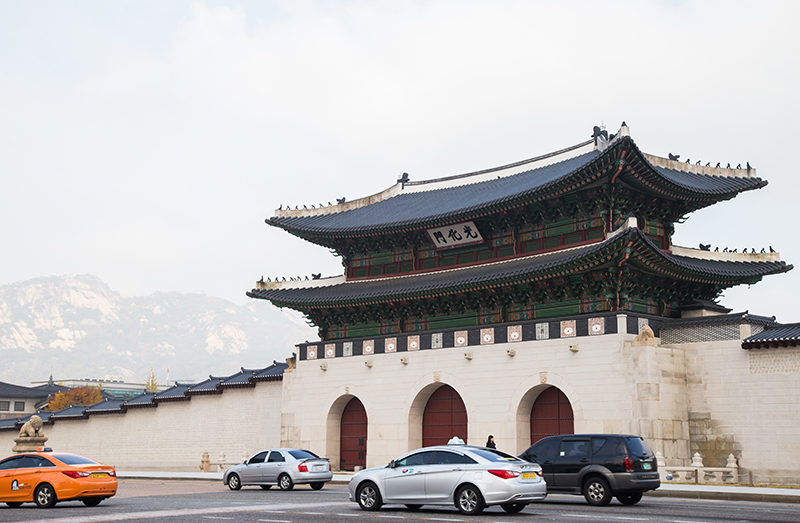 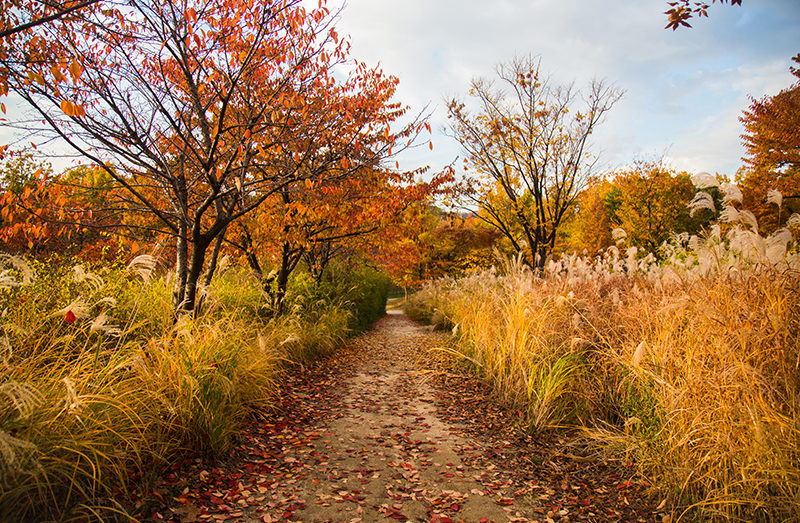